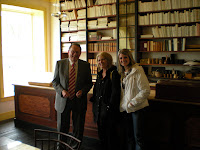 After attending church this morning, our first visit was the Grandin Building, where the first edition of the Book of Mormon was printed. It was amazing to realize how tedious the work was and how everything fell into place for the printing of the first edition. 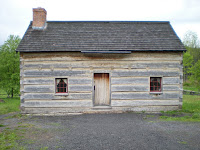 We then visited the reconstructed cabin, the home of Joseph and Lucy Smith and their nine children during the time of Joseph’s first vision.

On the second floor of the cabin, were the two bedrooms for the six boys and three girls, and the place where the Angel Moroni appeared to young Joseph. 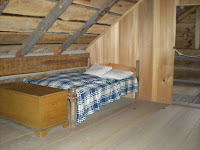 As we sat in the quiet of the boy’s bedroom, we felt the magnitude of the angelic visitation. It was amazing that Joseph and Moroni conversed throughout the night without the other children waking up. 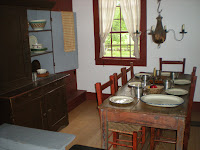 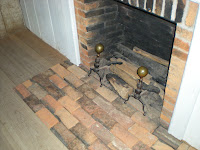 At the Smith frame home, we saw the fireplace where the Gold Plates were hid from mob members and the kitchen area where Martin Harris came to Joseph to inform him of the lost 116 pages of the manuscript. 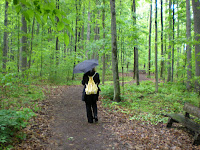 Sitting in the quiet of the Sacred Grove, Penny, Jennica and I read the Joseph Smith story of the First Vision together and then held a family prayer. As we walked from the Grove, we each commented on the warm, burning feeling we felt.

We visited the grave located in the Cemetery next to the Methodist Church, of Alvin Smith, who died at the age of 25. Joseph loved his big brother and looked to him for guidance and example. It was a sad day for the whole Smith family when Alvin died. 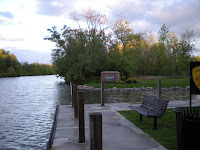 We walked down the Erie Canal dock, knowing that it’s accessibility to Palmyra played an important role to the printing of the Book of Mormon and the furthering of the work. 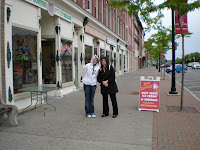 We strolled on Main Street of Palmyra, walking in the footsteps of the early participants of the Restoration.

Climbing the Hill Camorah, we wondered about the significant efforts of Joseph and Moroni and the wisdom of the Lord in bringing them together; the long journey of Moroni from Middle America to this particular hill and the events which lead the Smith family to settle in this area. 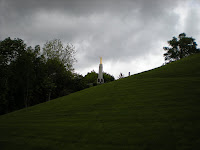 We talked about how wonderful the Book of Mormon is and the great truths and guidance it gives each of us. Penny, having just completed reading the Book of Mormon again, commented on the renewed testimony she received last week as she read and applied Moroni’s promise.

Our day ended in the Hill Camorah Visitor Center viewing the 70 minute film of “Joseph Smith, the Prophet of the Restoration.” If you haven’t seen this new film, you need to view it. It is available at the Joseph Smith Memorial Building. With this being my second time viewing the film on this trip, once in Nauvoo and now here in Palmyra, it still brought tears of gratitude and testimony for the greatness of this man.