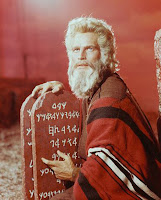 Got up this morning with good intentions of attending Church. I discovered the meeting didn’t start until 10:00 AM, and check out from my motel was 11:00. So I thought, I’ll just check with the front desk and ask if I can check out at noon. No big deal, I thought. Well, being the Memorial weekend, the motel was full, and had another full vacancy for the following night. The desk clerk said no deal!

So I scrapped that well intended desire, and hit the road by 8:00 AM. I did listen to the scriptures on my iPod part of the day, hoping that would compensate for missing Church. I got through Genesis and Exodus. It’s been awhile since I’ve read the Old Testament all the way through. In Exodus, as I listened, I envisioned Charltan Heston, saying “Let my people go.” Now, that was a great movie!

Anyway, I put on 531 miles today, from Sidney, Nebraska to Des Moines, Iowa. 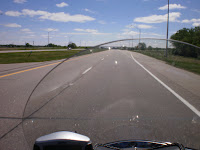 Here’s a pic of the Nebraska landscape. 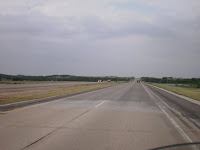 Here’s a pic of the Iowa landscape. It is the same as Nebraska, but it is called Iowa instead. 🙂 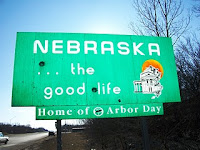 Did you know that Nebraska is the “Home of Arbor Day?” I didn’t know that either, until I saw this sign. 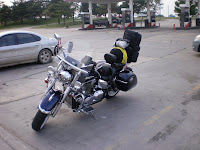 One of my many gas stops. 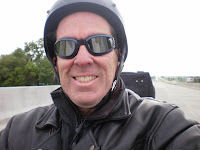 Don’t tell Penny that I took this picture while cruising down the highway at 75 mph.
Well, I’ll catch you tomorrow as I head North into Minnesota and on up into Canada. (Actually, it will probably be Tuesday before I reach Canada. I’m looking forward to some beautiful vistas.