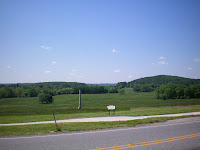 Valley Forge, now a lot of open space, in December 1777 through April 1778 was the home to 11,000 troops, half-naked, barefoot, cold and starving. It was a critical time in our US history. The army was close to disbanding and giving up. With disease and death, a bitter General Washington—whose first concern were for his soldiers—accused the Congress of “little feeling for the naked and distressed soldiers. I feel superabundantly for them and from my soul pity those miseries, which it is neither in my power to relieve or prevent.” 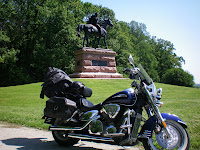 But somehow this weak Continental Army by April 1978 was a mature disciplined army ready to fight for our country’s freedom. Some food and supplies came just in time to stave off complete disaster. The rest is history. 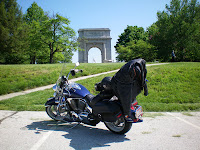 This Memorial Archway was constructed and dedicated by the Society of Free Masonry in honor of George Washington, who was an active Mason. In US history, many of the founding fathers practice Free Masonry, a practice common in those days. The likes of Benjamin Franklin, John Hancock, John Paul Jones and Paul Revere were all practicing Masons. 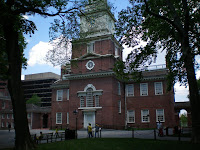 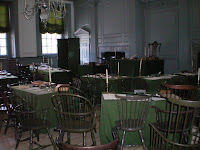 “We hold these truths to be self-evident, that all men are created equal, that they are endowed by their Creator with certain unalienable Rights, that among these are Life, Liberty and the pursuit of Happiness.”

I was grateful to Thomas Stone and the other valiant men who stood tall for my freedoms.

Leaving Philadelphia, I set my GPS for Lancaster, PA, the heart of Amish country. When I arrived in downtown Lancaster, there was not a single Amish person around, no horse-drawn carriages, and no men with beards without mustaches. I drove around for a few minutes and nothing. I did find a Boston Market Restaurant and had a delicious turkey dinner with potatoes and gravy. I figured the Amish either got modernized and bought cars, or they lived out in the country, away from the city. 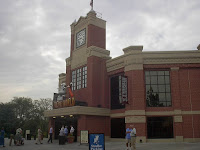 So, I climbed aboard the iron horse and headed off to Hershey, PA to find a good desert to go with my turkey dinner. As I pulled into Hershey, the smell of chocolate was everywhere, with streets like Chocolate Avenue and Cocoa Street, and 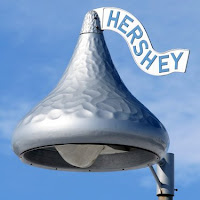 Hershey kisses at lamp posts, I had to pinch myself to make sure I wasn’t dreaming.

I determined that I certainly couldn’t ride any further today and needed to spend the night here to dream of sugar plums dipped in chocolate dancing in my head…so I checked into a hotel.

Sorry to say, the town of Hershey does not have a Motel 6, so I settled for Days Inn. (Days Inn had a hot tub, so I was content)

More chocolate sightings to come tomorrow after my tour through the Hershey’s Chocolate Factory in the morning.