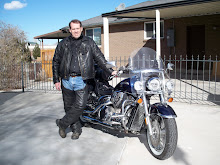 Left on May 29th, took three weeks to travel up into Canada, down into Maine, and back across the US, logging over 6,000 miles. 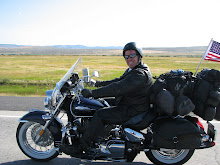 This was probably one of my favorite motorcycle rides. Along with 8 other riders, we left the first week in August, journeyed up into Idaho, across the upper part of Oregon, into the southern part of Washington. Then down the beautiful Oregon Coast and into the Northern California Redwoods, back across the loneliest road in Nevada and then home. 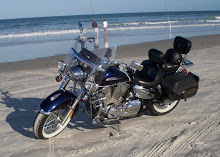 Started this motorcycle trip in March of 2009, heading south out of Salt Lake City, so I rode through some cold temps until I got down into Texas. The second morning in New Mexico, the temp was in the single digits. I was glad I packed my heated gear. I traveled along the Gulf Coast headed east arriving at Daytona Beach, Florida, for the last day of the rally. Then up the eastern coast into the Carolina’s and west back home. This was the annual Sturgis motorcycle ride with my riding group. From Salt Lake City we traveled up through Yellowstone Park, up over the Bear Tooth Hwy, across Wyoming to Strugis. After our stay, we headed south down into Colorado, over the Rocky Mountain National Park and then home.